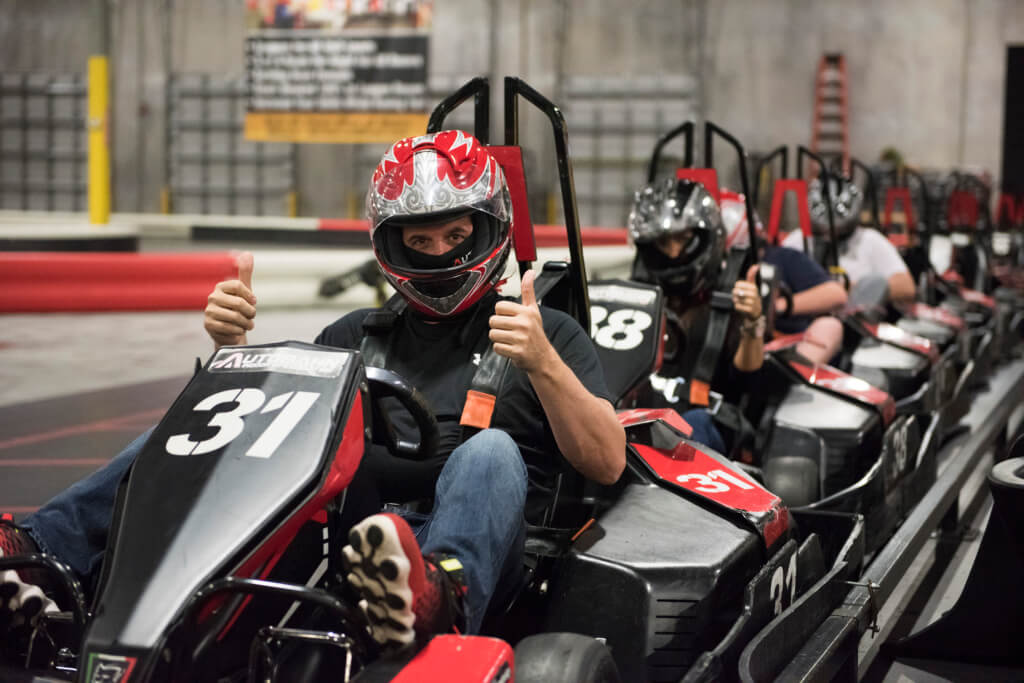 There is No Time off for American E-Kart Champs

Just because you won at your local level doesn’t mean you can take time off, you must always remain sharp to prepare for the National American E-Kart Championship.

What’s the feeling of becoming an AEKC Champ?

The journey in how Ellis started a league with nothing to lose in a cheerful and fun manner. Once he made it into top four he realized this actually could happen. He states you have to get into a different zone and really focus in order to succeed. “You cannot let your thoughts get to you, because you can drop a gap and make a mistake and just give up, and say you messed up, but if someone makes the same mistake and your presented an opportunity you have to always stay in the mindset that anything can happen and if you still have four laps then you have four laps of opportunity to win this race.”

As Ellis stated, “it doesn’t matter what happens now, its how you finish.”  You also meet great racers and make great connections and friends, but as Ellis states you have put that all aside when the visor goes down to ensure you are the winner because there can only be one.

The Future of Racing is Electric

Ellis did not believe that karting would ever come to be what it is currently. From what was the lawnmower engine karts to full electric karts that have many safety features. Ellis looks into the electric racing scene such as Formula E where they used to have to swap cars during a race but with recent advancements, they are able to run a full race in the same car.

He is all for the future being electric as it also is a Green Eco-Friendly Sport. As Ellis states “You can’t race if you don’t have a planet to race on”.

Also join the AEKC at your local track. You might even end up on ESPN like these racers did!